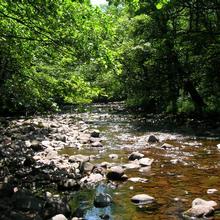 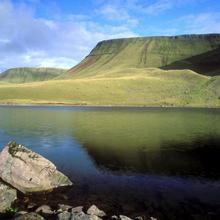 Many of the rivers have complex histories, their flows having been interrupted by glaciers on more than one occasion, the ice deepening their valleys and diverting their courses. The Geopark’s rivers include:

The upland streams are fast flowing and birds such as the common sandpiper and the dipper are relatively commonplace.

Small lakes and ponds occur at places like Mynydd Illtud and on Cefn Llechid, sometimes occupying rock hollows though many have filled over the millennia to become bogs – equally valuable for wildlife but hosting a different mix of plant and animal species.