Where the ground shook and the rocks buckled! 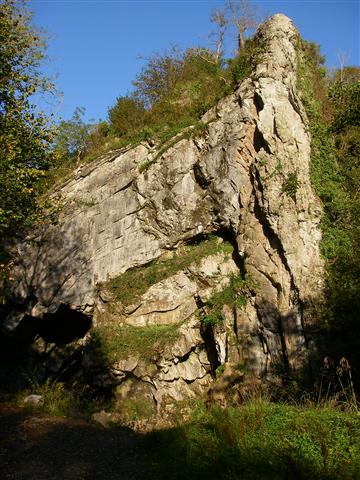 Bwa Maen is a spectacular rock buttress overlooking the waters of the Sychryd beside Dinas Rock at Pontneddfechan.  Since its cover of ash trees,  ivy and other vegetation was removed in 2011 this imposing tower can be seen for what it is – a tightly folded arch of Carboniferous Limestone that was squeezed and fractured long ago, then worn away to leave the impressive buttress we see today.

Check out an excerpt from an audio trail visiting Sgydau Sychryd and Bwa Maen.

Bwa Maen is easily reached on foot from the Dinas Rock car park at the end of the road through Pontneddfechan. Suitable for wheelchairs and pushchairs too, it’s only five minutes along the line of a former tramroad beside the Afon Sychryd.

How was Bwa Maen created? 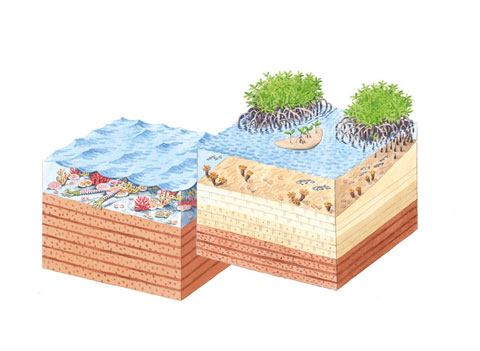 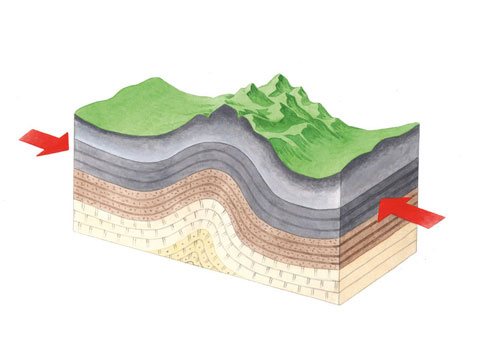 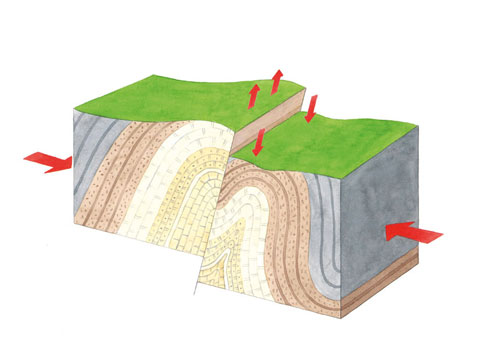 Pushed to their limit, the rock fractures creating the Dinas Fault. 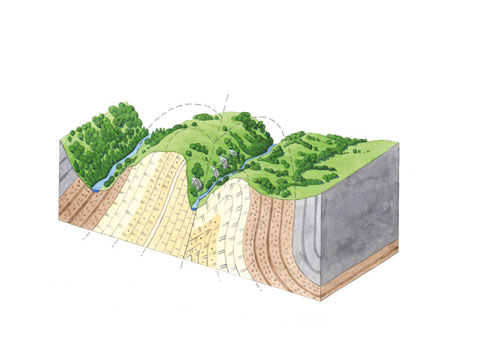 Rivers and glaciers erode the rock layers over millions of years – Bwa Maen and
Dinas Rock emerge as shapes in the landscape.

The turbulent waters of the Sychryd have cut down into the landscape over many tens of thousands of years to produce this gorge and allow us to take a peek into the heart of one of Britain’s great lines of geological weakness.

Indeed it this weakness which the river has been able to exploit – rocks shattered as movement has repeatedly taken place along the Dinas Fault, each movement felt at the surface as an earthquake. It was particularly active around 300 million years ago but even today there is still the occasional tremor originating from somewhere along the length of the ‘Neath Disturbance’, the name given to a collection of geological faults and folds stretching fron Swansea Bay to Hereford.

The last significant one took place near Swansea on the 27th June 1906, only a few weeks after the calamitous earthquake which destroyed large parts of San Francisco.