The oldest rocks to be found in the Geopark belong to the period which geologists know as the Ordovician.  This period was named by the distinguished Victorian geologist, Charles Lapworth after the Welsh tribe, the Ordovices that inhabited much of central and north Wales. 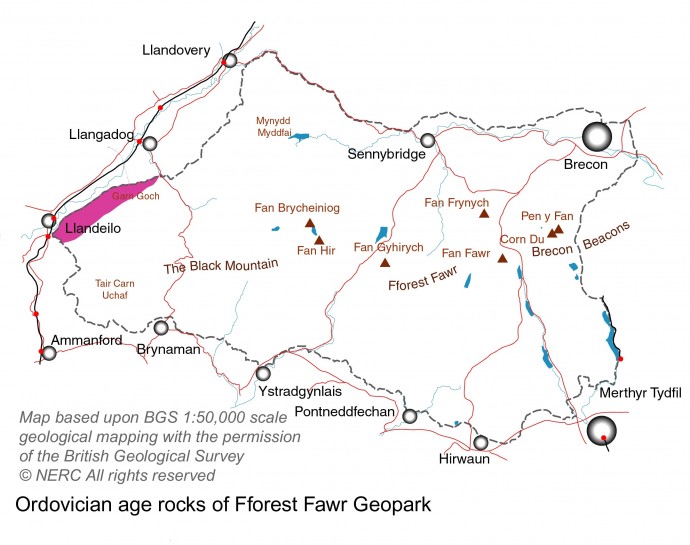 The rocks (shown as a cerise areaon the map above) comprise a complex mix of mudstones, limestones and sandstones.  The youngest Ordovician rocks suggest a worldwide fall in sea-level as a major ice age set in.  Geologists recognise six ‘formations’ within the late Ordovician rock sequence.