Legacies of the Industrial Age 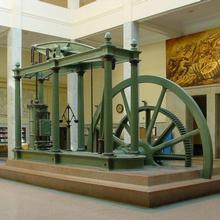 There are many signs of man’s exploitation of the resources of Fforest Fawr UNESCO Global Geopark during the Industrial Revolution of the 18th and 19th centuries.

Old transport links used for moving rocks of various sorts out of the Geopark are very much in evidence.  The Brecon and Abergavenny Canal (now the Monmouthshire and Brecon Canal) reached Brecon in 1800.  The course of the former railway linking Brecon with Swansea can be traced along the Usk Valley and through the village of Crai as it headed southwards via Penwyllt to Ystradgynlais and the Tawe Valley.

Abandoned quarries, adits and spoil-heaps abound on the hillsides, most particularly where the Carboniferous Limestone is found at outcrop.

Fforest Fawr UNESCO Global Geopark plays a vital role in providing drinking water for much of South Wales.  A dozen reservoirs decorate the valleys. They are now an established part of the landscape and some offer facilities for boating and angling.

Around the reservoirs and elsewhere, conifer plantations were established during the twentieth century.  Again these are now used for recreation as much as if not more than as a timber resource.

Industrial activity in Fforest Fawr UNESCO Global Geopark over the last two centuries has left many visible legacies.  The main activities consisted of quarrying and burning Carboniferous Limestone, the exploitation of rotten stone in surface pits and the quarrying and mining of silica sand and quartzite of the Basal Grit (Dinas Rock) from the Millstone Grit Series.  Coal was mined in the Lower Coal Measures in the upper Aman Valley and the Cwm Twrch – Cwm Llynfell area.  Industrial explosives were manufactured at Pontneddfechan during the 19th and early 20th centuries.

Enjoy your visit – keep yourself safe!

Many of these sites are accessible to the public or at least visible from roads or paths.  Particular care should always be taken when visiting former industrial workings.  In particular, old tunnels and shafts should never be entered by the casual visitor – most will be either flooded or dangerously unstable or both.  Old cliff faces can be unstable too – treat them with great caution.  It is better to view them from a distance.  Working quarries are of course completely out of bounds.