The oldest rocks of the Carboniferous Period 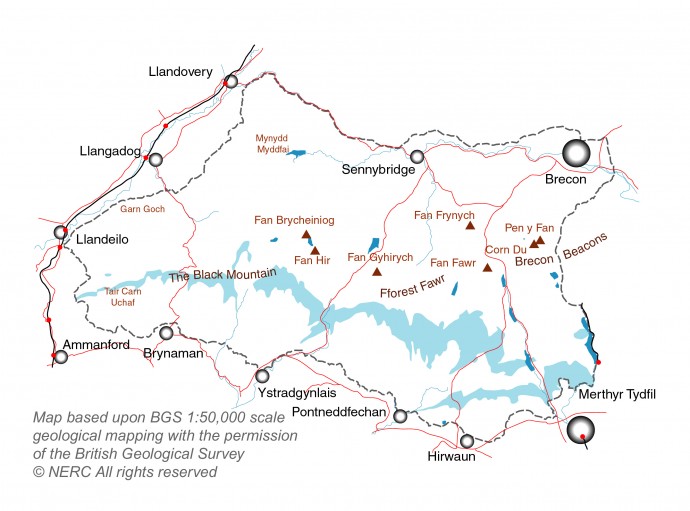 The lowermost and hence oldest rocks from the Carboniferous period are the Carboniferous Limestones which form a 1-3km wide belt of country running from west to east across the southern slopes of the Black Mountain / Y Mynydd Du and Fforest Fawr.  To the east, and offset southwards by the Cribarth Disturbance, is a further narrow belt of limestone running from Pontneddfechan through Penderyn to Pontsticill. The limestone which ranges in colour from white through grey to black is composed of the fossilized remains of corals and seashells deposited at the bottom of shallow seas between 359 and 328 million years ago.  The limestone is riddled with caverns – in fact the area is home to some of the most extensive cave networks in Britain and indeed in Europe.