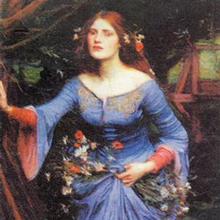 Fforest Fawr abounds with stories – some old, some new. Here are a selection of some of the better known.

The Lady of the Lake

There are many variations on the tale of the lady who is intimately associated with Llyn y Fan Fach.  You can read one of them here.

Their descendants were a family of folk doctors living in the Myddfai area and place names such as Pant y Meddygon (‘doctor’s hollow’) record their presence.

There is on the Afon Hepste a waterfall whose name translates as ‘fall of snow’ after its appearance tumbling over an edge into the pool below.  A path behind the falling water was formerly used by herdsmen moving their sheep and cattle from one side of the river to the other.

Legends attach themselves to the spot – the rocky gorge below is known as Devil’s Glen and is supposed to be inhabited by all manner of other-worldly folk including ghosts and fairies.

Tales abound in Welsh literature of the fairy people who inhabit an ‘otherworld’ accessible from our world by means of a subterranean passage.  The belt of Carboniferous Limestone which runs through the Geopark contains a wealth of such passages and many of these have been associated with such tales over the years.  The tale of Elidorus (or ‘Elidyr’) is an enduring one.

Cwm Twrch translates as ‘Valley of the Boar’ and perhaps derives from the “Twrch Trwyth”, a mythical wild boar of Arthurian legend and which is found in the ancient tales of the Mabinogion in early Welsh literature.  There are several variations on this tale. Culhwch wishes the hand of Olwen in marriage but her father Ysbyddaden the giant is reluctant to permit his daughter to wed for he knows that when she marries, he will die. Ysbyddaden sets Culhwch numerous near-impossible tasks which, with the enlisted help of Arthur and his knights, are accomplished one by one.

Twrch Trwyth crosses the Irish Sea making landfall at Porth Clais in Pembrokeshire and rampages through South Wales until entering the Bristol Channel (or Mor Hafren / Severn Sea in Welsh) near Chepstow.

One of Arthur’s tasks was to rid the western Brecon Beacons of the pack of wild boars that were terrorizing the people. He chased the boars from Dyfed eastward towards Powys. It was on the Black Mountain that he picked up a large stone and hurled it at the pack, killing the leader of the pack on the edge of a the valley near Craig-y-Fran Gorge. The big boar’s body rolled down the valley and into the river, now known as the Afon Twrch.

The big stone, known as Carreg Fryn Fras is still on the mountain.  Geologists have a different explanation for its origins.  The river forms the boundary between Carmarthenshire and Powys, anciently the kingdoms of Deheubarth and Brycheiniog. Another scene takes place at Llwch Tawe which we now know as Llyn y Fan Fawr.

The Vale of Neath still retains something of its earlier charms.  The Romans established a garrison at Nidvm where the modern day town of Neath stands.

Claims are made for several places in Wales and indeed further afield, that Arthur and his warriors lie sleeping in a cave ready for a call to arms.  One such spot is Craig y Ddinas in upper Glyn Neath on the southern edge of the Geopark. Read that story here.

A more modern tale – a cautionary one – is related in a stone inscription on a monument beside the A40 halfway between Llandovery and Sennybridge.