Fforest Fawr Geopark is a member of the European Geoparks Network or ‘EGN’ – a family of 92 designated areas in 26 countries spread across the continent. The EGN originated in discussions between two geologists from France and Greece who met at an international geological congress in 1997.

They found that they had a common interest in conserving and protecting the geological heritage of the areas in which they worked.  Not only that but they were keen to improve the public’s understanding of earth science.  They figured that developing attractions based upon the geology of an area would help visitors to appreciate and ultimately care for those special qualities.

They looked across Europe for other partners who shared these ideals and soon found them in Haute Provence (France), Maestrazgo / Terruel (Spain), the island of Lesvos (Greece) and Vulkaneifel (Germany).  This group of four won funding from the European Union to achieve their aims and so the European Geoparks Network was born. 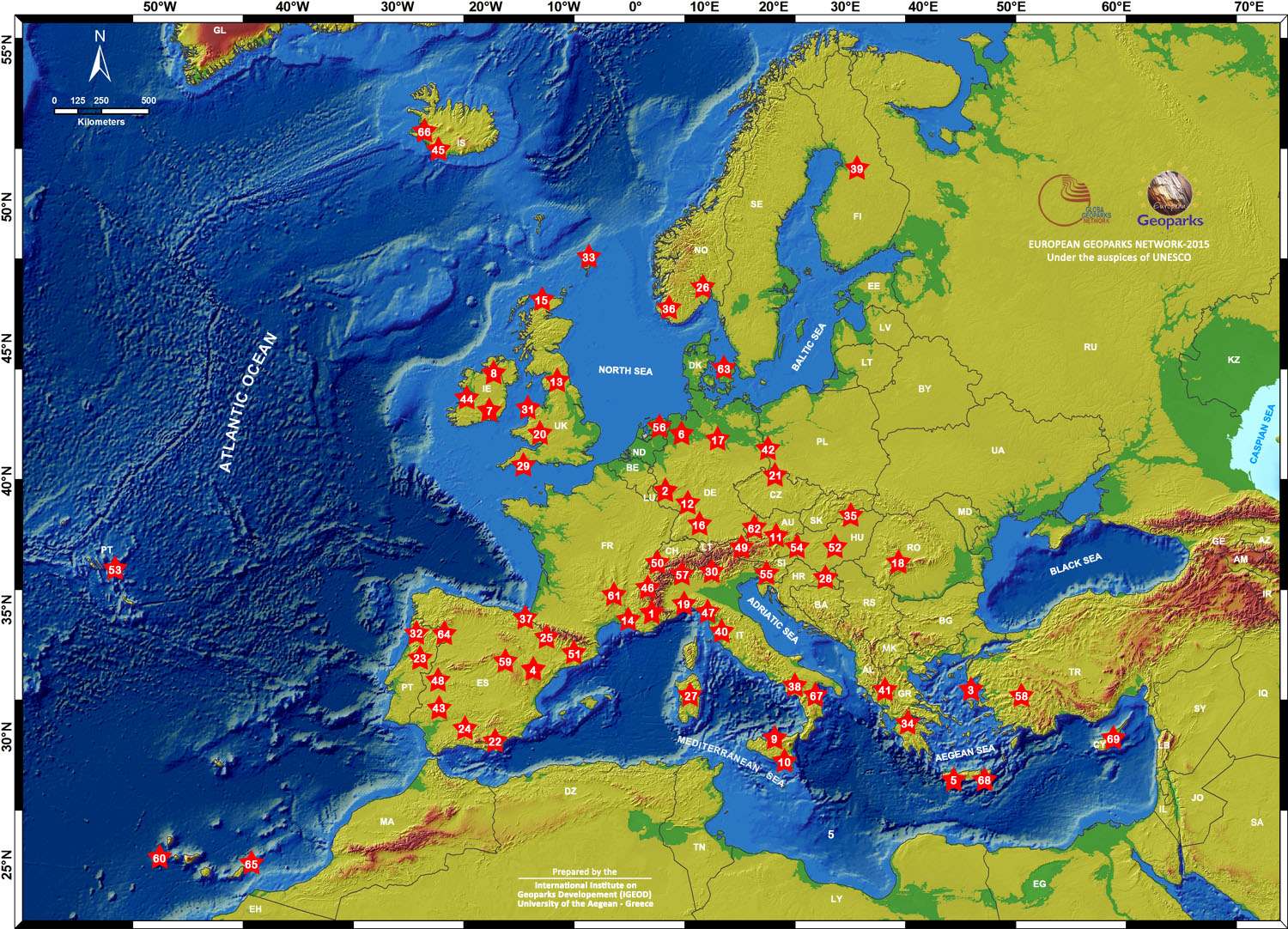 Since that time 88 other areas across Europe have joined the network as the map above shows. Go to the European Geoparks Network website.

In 2004 UNESCO decided to assist with the establishment of a Global Network of Geoparks into which came the existing 17 European Geoparks along with 8 new Chinese Geoparks.  There are now Geoparks in Brazil, Canada, Chile, Ecuador, Iran, Japan, Indonesia, Morocco, Malaysia, Nicaragua, Peru, Russian Federation, South Korea, Tanzania, Thailand, Uruguay and Vietnam too. In November 2015 this wider network became the first new UNESCO programme for 40 years, being formally established as the UNESCO Global Geoparks (UGGp) Network.