Fforest Fawr UNESCO Global Geopark is currently involved in this two year project that aims to support the development of tourism in a number of Geopark destinations in the European Atlantic Area. With funding provided by the the EU Interreg Atlantic Area programme and support from the Global Geoparks Network, nine European Geoparks, two aspiring Geoparks and the University of Trás-os-Montes and Alto Douro, Portugal are working together on this transnational economic, cultural and sustainable tourism development project. 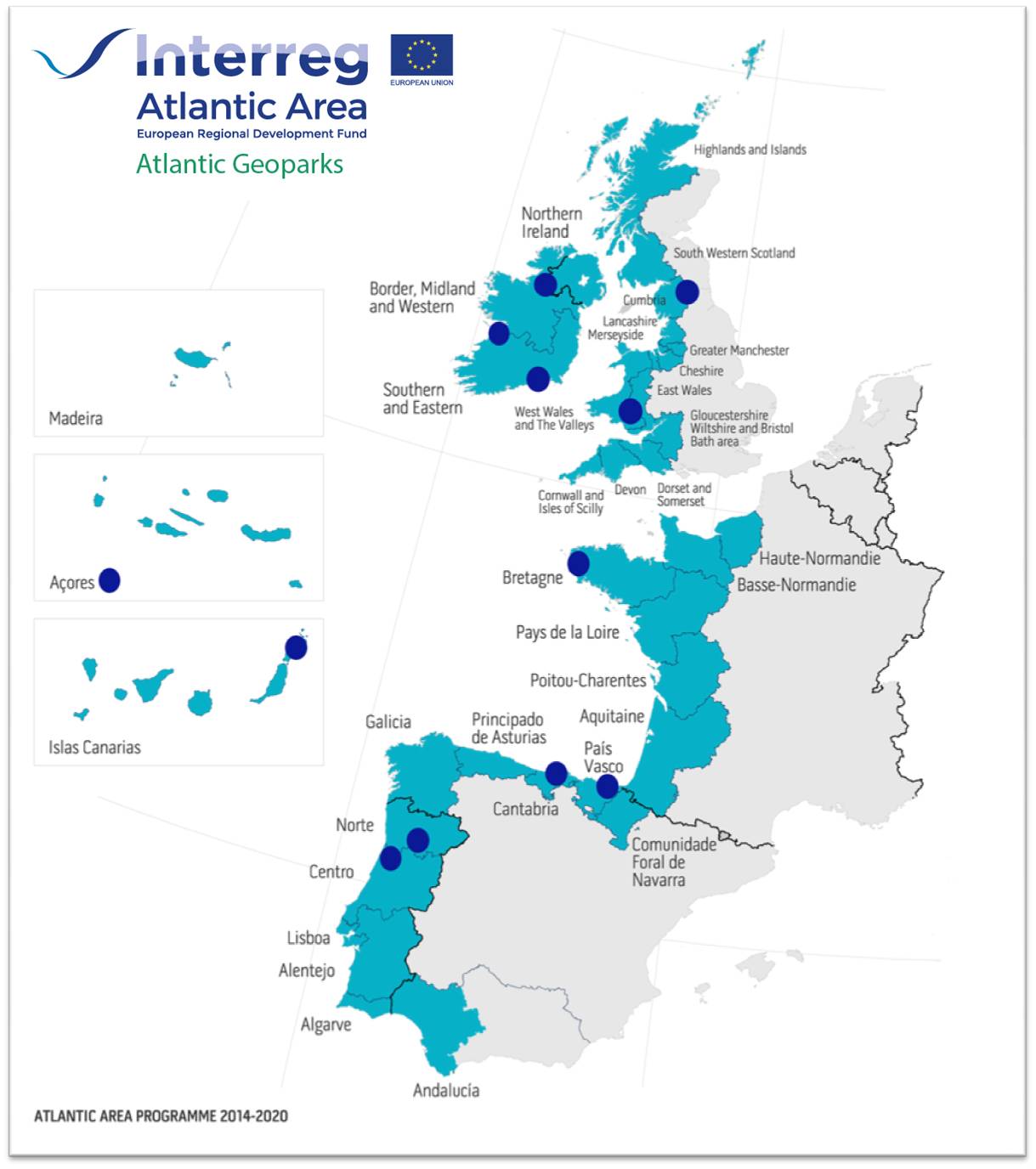 Partners in the Atlantic Geoparks Project

The Atlantic Geoparks Project aims to promote and explain the geological and cultural heritage stories within the Atlantic Area, which will encourage visits and support economic development. The 30 month project which began in July 2017, aims to forge new tourism links along the Atlantic route through highlighting the common interests and heritage of the Geopark destinations.

By working together, partners will develop a European Atlantic Geotourism Route; a new, awe-inspiring trail that winds its way right along the epic expanse of the Atlantic frontier. Linking together 12 dramatic landscapes that host vibrant communities, rich local cultures and unforgettable visitor experiences. The route will be marketed through social media (@atlanticgeotourismroute), video content and innovative ICT tools and submitted as a candidate for a Cultural Route of the European Council.

Visit www.geotourismroute.eu  to explore the route and destinations.

Fforest Fawr UNESCO Global Geopark will be leading on the creation of the Geopark Management Toolkit that will help and support aspiring Geoparks, two of which are involved in the project. We’re also leading on the creation of a charter template for Geodiversity Conservation, which when completed, will ensure that geodiversity continues to benefit both present and future generations.

Over two years the funding from the project will also provide more opportunities for marketing our Geopark, attracting increased visitor numbers to the destination. Funds will support the running of Geopark Ambassador courses, other training opportunities and a range of marketing materials.

The innovative aspect of the Project will be to advance transnational Geotourism along the western margin of Europe using UNESCO Global Geoparks and aspiring Geoparks as ‘best practice’ models for regional and local sustainable development, including the development of a European Atlantic Geoparks Route which will be submitted as a candidate for a Cultural Route of the European Council. 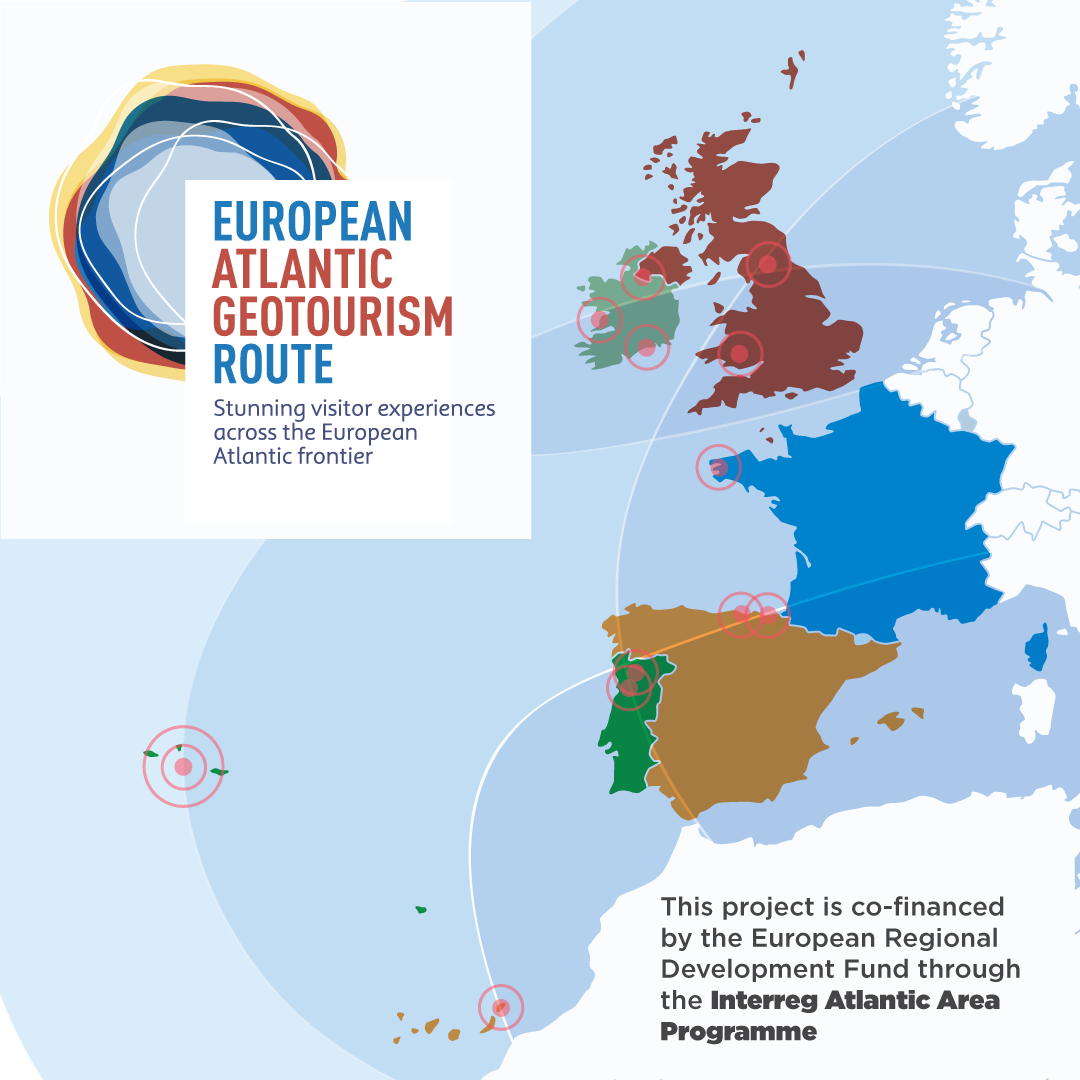 About the INTERREG Atlantic Area Programme

The main objective of the Programme is to strengthen the integrated territorial development and co-operation in the Atlantic area.